Note to viewers: I consider a quilt top as a finish. I plan to get these tops quilted eventually, but for now my priority is making quilt tops. I understand that many quilters would never consider an unquilted top as a finish, so I wanted to clarify. 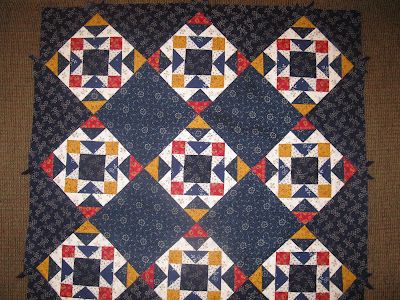 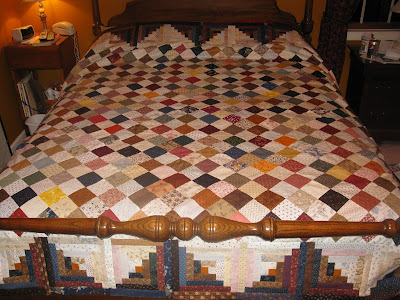 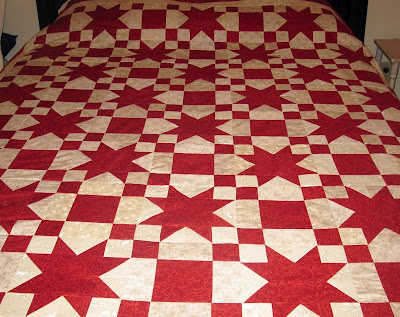 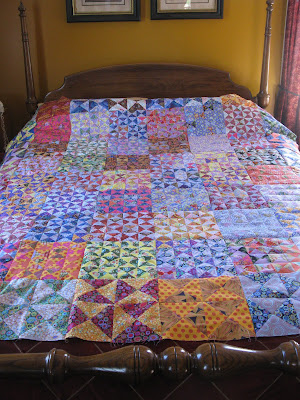 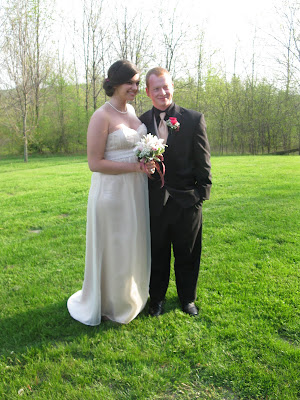 May was to become the month for accessorizing. I needed to get my porch ready for Emma's graduation party and for the bridal shower two weeks later for a dear friend's daughter. In addition, the family room was really lacking in comfortable throw pillows, so I made accessories to coordinate in that room, too.
6. 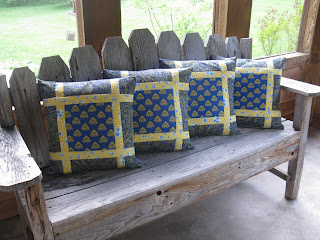 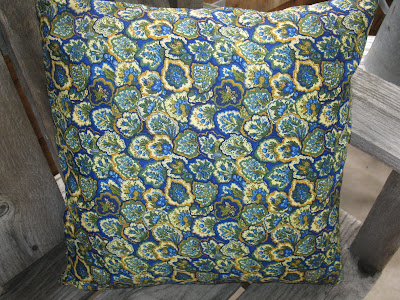 "Provence" throw pillow for porch - May 26 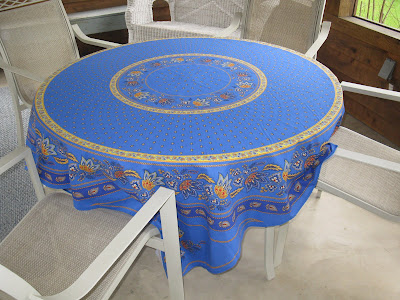 I will call this tablecloth a finish, but all I had to do was hem it! ha! May 26. 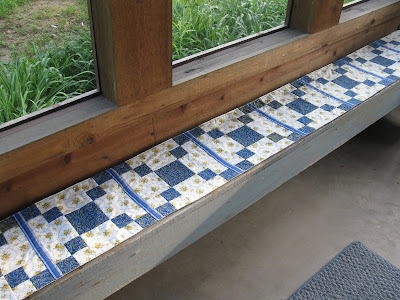 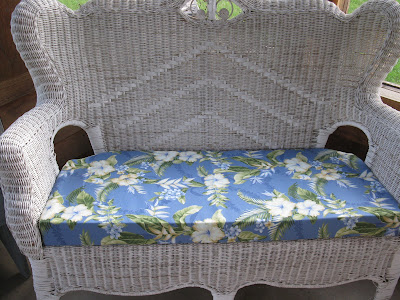 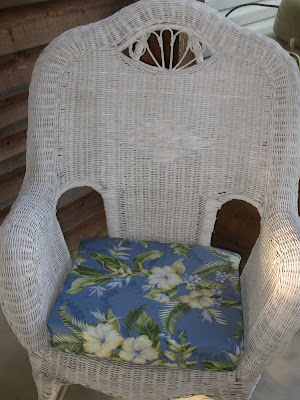 Chair cushion for porch - May 27 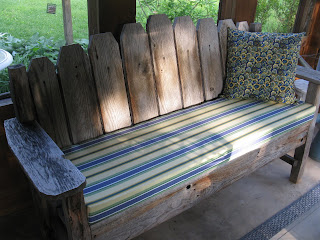 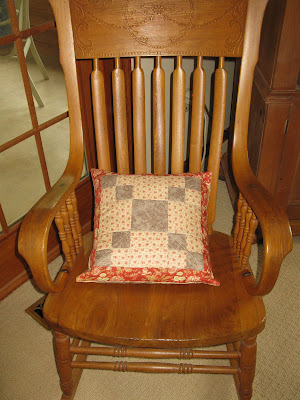 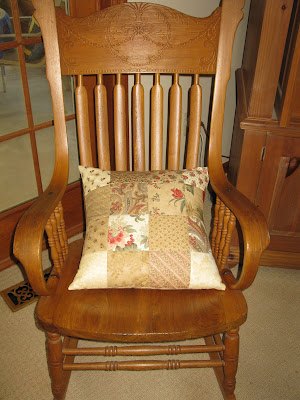 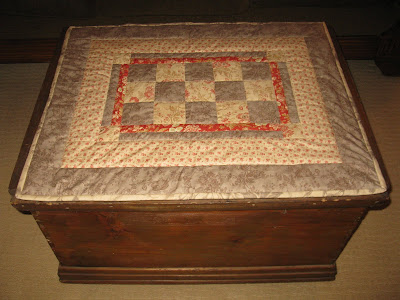 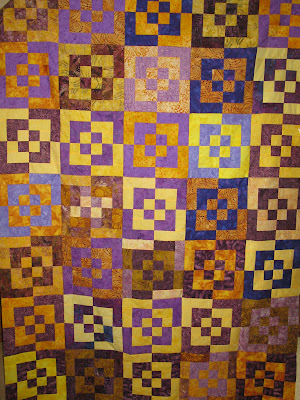 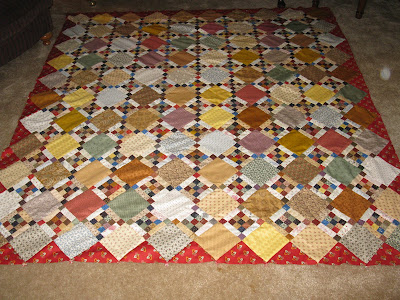 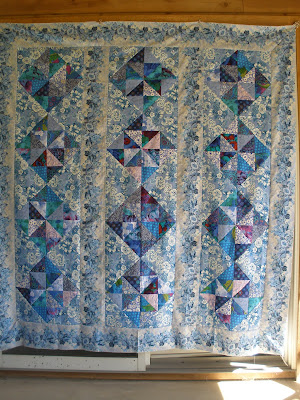 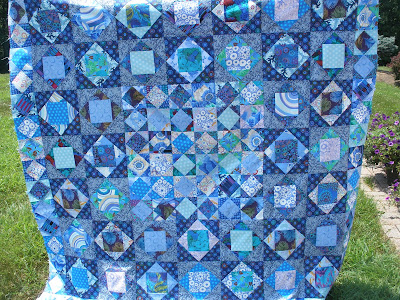 This is called Economy Blue; Kaffe pattern and fabrics; the quilt top was finished on July 27, 2011.
20. 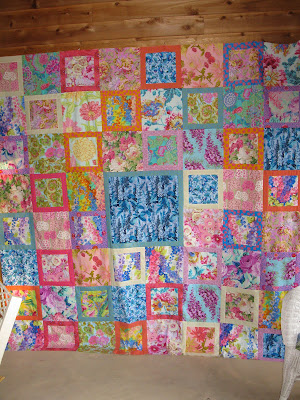 Kaffe Fassett's Pastel Floral Parade (which I erroneously called Pastel Garden the entire time I was making it); finished on Weds., August 10, 2011. 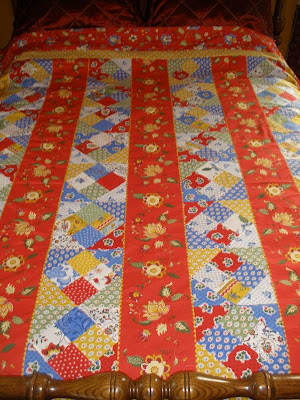 I'm calling this one Vincent. There's a story behind this quilt. See post for that. Cut out the blocks for the 4-patches on Sat., August 13 and finished the borders on Sat., August 20. One week. It was really easy; I should have finished it more quickly; it was the week we finished the Historical Society Book, so that took a lot of my available time. 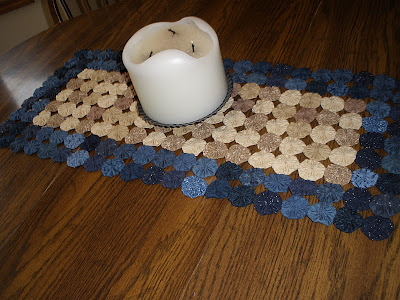 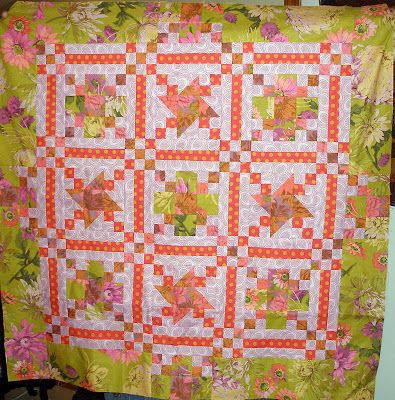 Razzle Dazzle was a mystery quilt made for Terry's retreat in October. I made this in September. 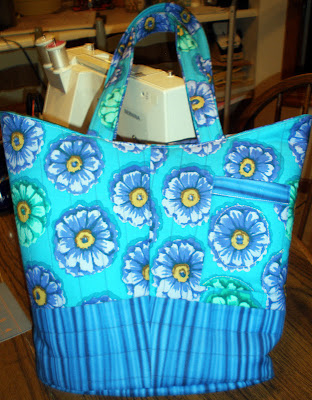 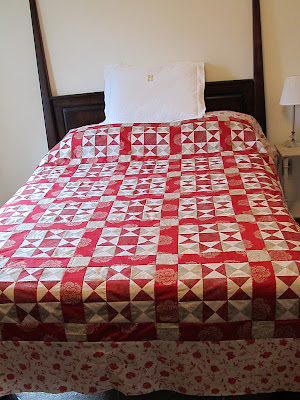 French General Stars or Rouenneries Stars.
The pattern is September Stars by Thimbleberries.